QSolid – Paving the Way for the First German Quantum Computer

in English
in German

Jülich, 9 March 2022 – Building a complete quantum computer based on cutting-edge German technology is the goal of the QSolid collaborative project with a total budget of € 76.3 million for the next five years, which has just started and is funded by the Federal Ministry of Education and Research. The project centres on quantum bits – or qubits for short – of very high quality, i.e. with a low error rate. The quantum computer will be integrated into Forschungszentrum Jülich’s supercomputing infrastructure at an early stage and will contain several next-generation superconducting quantum processors, including a “moonshot” system that has been proven to exceed the computing power of conventional computers. The first demonstrator will go into operation in mid-2024, and will make it possible to test applications as well as benchmarks for industry standards. In a virtual kick-off meeting held today, the project partners discussed further details of the collaboration.

Quantum computers promise breakthroughs in materials and drug development and in optimizing traffic management solutions. In future, they could vastly exceed the capabilities of conventional supercomputers for certain tasks. However, the technology is still in its infancy. Although developing a usable quantum computer comes with enormous challenges, it also offers an opportunity to set industry standards and secure intellectual property rights from the outset.

To pave the way for commercialization, 25 leading German companies and research institutions have joined forces in the collaborative project QSolid. The research consortium coordinated by Forschungszentrum Jülich is the largest of its kind in Germany. Together, the project partners aim to develop a comprehensive ecosystem for a demonstrator based on superconducting qubits, which will be made accessible to external users via the Jülich UNified Infrastructure for Quantum computing (JUNIQ) and tailored to their individual needs.

The partners aim to develop a system containing various quantum processors based on next-generation superconducting circuits with a reduced error rate. This approach is regarded as cutting-edge by the international community and is also used by companies such as Google, IBM, and Intel. The multiprocessor machine will be located at Forschungszentrum Jülich, where it will operate at least three different quantum chips in parallel: a “moonshot” system with computing power exceeding that of conventional supercomputers, an application-specific system designed to perform quantum calculations for industry, and a benchmarking platform that prioritizes the development of digital twins and industry standards.

“Our focus is on improving the quality of the quantum bits, a goal we are pursuing on all levels in QSolid,” says Prof. Frank Wilhelm-Mauch from Forschungszentrum Jülich. Qubits’ susceptibility to errors is a sticking point in the development of quantum computers. The quantum states used to store quantum information respond extremely sensitively to external influences. They are often disrupted before all computing operations have been completed.

“The optimizations we have in mind start with next-generation superconducting circuits with a particularly low error rate, which we plan to achieve using high-precision manufacturing methods and new material systems, for example. Other essential elements include optimal control of the qubits as well as state-of-the-art error avoidance methods based on artificial intelligence (AI) on a firmware level, an area in which QSolid aims to set new standards,” explains Wilhelm-Mauch.

To achieve the ambitious goal of an independent quantum computer manufactured in Germany, QSolid is bringing together research institutions, companies, and start-ups from across the country. Seven subinstitutes from Jülich’s Peter Grünberg Institute are contributing their expertise to the project; the Jülich Supercomputing Centre (JSC), the Central Institute of Engineering, Electronics and Analytics (ZEA-2), and Qruise – a spin-off of Forschungszentrum Jülich – have also taken on a number of important tasks. Other research partners that are contributing valuable specialist knowledge include Fraunhofer IPMS and Fraunhofer IZM-ASSID, Karlsruhe Institute of Technology (KIT), Leibniz IPHT in Jena, the National Metrology Institute (PTB), CiS Forschungsinstitut für Mikrosensorik, and a number of universities including Ulm University, the University of Stuttgart, Free University of Berlin, the University of Konstanz, the University of Cologne, and Heinrich Heine University Düsseldorf.

Setting up a national supply chain

Numerous manufacturers and start-ups are involved in setting up a national development and supply chain. ParityQC, HQS, Rosenberger HF-Technik, IQM, supracon, ParTec, Racyics, AdMOS, LPKF Laser & Electronics, Atotech, Atos science+computing ag, Globalfoundries, and Zurich Instruments Germany are participating as project partners, giving them the opportunity to set the first industry standards and exploit the potential of the technology at an early stage.

In developing its superconducting quantum architecture, QSolid can draw on the experience of several experts including Prof. Rami Barends, who moved from Google’s research team to Forschungszentrum Jülich last autumn. The next-generation quantum processors will mainly be manufactured in the Helmholtz Nano Facility at Forschungszentrum Jülich. This 1,000-square-metre cleanroom complex run by the Helmholtz Association is equipped with state-of-the-art facilities for the production and characterization of quantum components. By 2025, an additional facility will be built in the form of the Helmholtz Quantum Center (HQC), a specially designed laboratory infrastructure for quantum computing.

Important preliminary work to help achieve the project goals has already been carried out. Results from the European flagship project OpenSuperQ and the collaborative projects DAQC and GeQcos, which were launched in 2021, will be incorporated into QSolid’s activities.

The QSolid project is part of the framework programme entitled “Quantum technologies – from basic research to market”. Coordinated by the Federal Ministry of Education and Research (BMBF), the programme combines the goals of the German Federal Government in relation to the development of quantum technologies:

The aim is to transfer quantum technology to industrial application. To accomplish this task, the Federal Government has provided the BMBF with over € 1 billion in funding.
More information (in German): www.quantentechnologien.de/qt-in-deutschland/programm.html 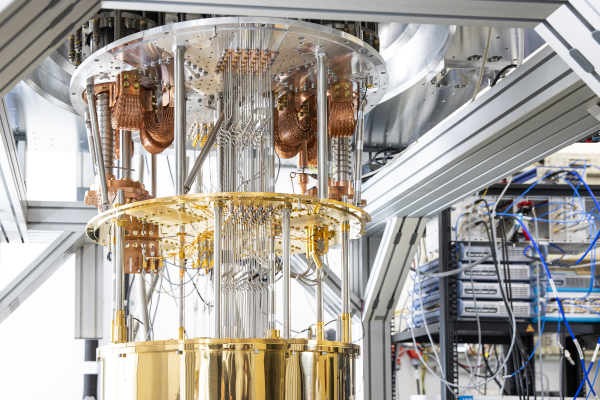 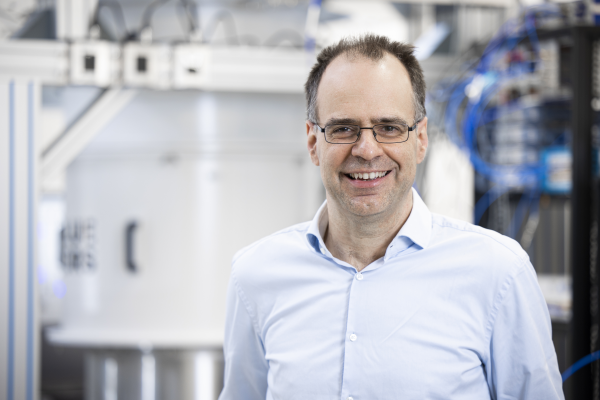